This ranch-raised Nebraskan started his career as a contestant and formed his own dance band, but found his place in rodeo history behind the microphone. A PRCA member since 1965, Hadley Barrett has announced all of the big rodeos and a great number of the smaller ones across the country. He has been the voice of the Sidney (Iowa) Championship Rodeo since 1983; worked the Buffalo Bill Rodeo for more than 30 years; the Greeley (Colo.) Stampede for more than 20 years; and worked for more than a decade at Cheyenne (Wyo.) Frontier Days. Barrett, born Sept. 18, 1929, in North Platte, Neb., was named PRCA Announcer of the Year in 1983, 1985, 1989 and 2002. He has worked four National Finals Rodeos (1968, 1976, 1979 and 1983) and the 1967 National Finals Steer Roping, as well as called the action at the Canadian Finals seven times. He has worked as an NFR television announcer since 1980. He was among the first to announce while on horseback and has always been credited with an honest approach to arena accidents and mishaps. Barrett’s legacy is his willingness to share his talent and experience with others. He is known for taking rookie announcers under his wing and sharing hard-earned information. 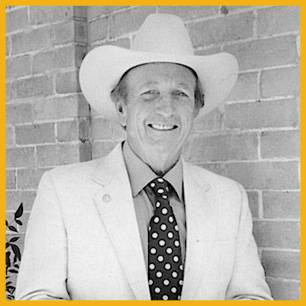 PRCA Announcer of the Year: