Known as Freckles, Warren G. Brown won the world bull riding title in 1962 at the age of 41, making him the oldest man in ProRodeo history to win a riding-event championship title. World War II interrupted Brown’s rodeo career. A member of the OSS, he made four combat parachute jumps into China, where he staged a rodeo using Army mules and native cattle. Following the war, Brown resumed his rodeo career and suffered several injuries, including broken legs and a broken neck. After winning the world title in 1962, he finished third in 1966 and 1968 and fifth in 1967. Tornado, a famous bucking bull, tossed more than 200 world-class bull riders in the dirt before Brown rode him and made it to the whistle. Brown was born Jan. 28, 1921, in Wheatland, Wyo., and passed away on March 20, 1987. 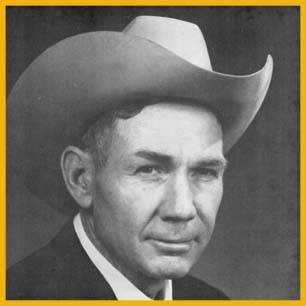