Richard “Tuff” Hedeman truly lived up to his nickname. Born March 2, 1963, in El Paso, Texas, he rode his first calf at age 4. He roped calves, winning the first roping he entered, rode saddle broncs, and at 13, started riding bulls. He won the New Mexico High School Rodeo Association bull riding and all around titles in 1980 and the team roping and all-around in 1981. As a member of the Sul Ross State University rodeo team, he competed in saddle bronc riding, bull riding, team roping and steer wrestling. That team went on to win the National Intercollegiate Rodeo Association (NIRA) men’s team championship. Hedeman joined the PRCA in 1983 and filled his permit with just one rodeo, competing in saddle bronc riding. He qualified for the 1984 NFR in just his second year as a professional. He went on to qualify 11 more times for the big show, winning three world titles in bull riding. He passed the $1 million career earnings mark in 1993. Hedeman could just as easily have been nicknamed “Try.” His fellow bull riders said his “can do” attitude is what made him such an outstanding competitor. Hedeman says he always knew his natural ability and balance would give him a career in the sport. “Nine times out of 10, when a guy gets bucked off, it’s because of a weak heart,” Hedeman said. “What I lack in talent, I’ll make up in effort.” 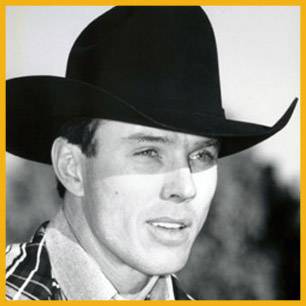