Musically, LeDoux was just as determined and just as talented, learning to play the harmonica at 12, and teaching himself to pick a guitar at 14. He wrote and created his first song, “Bareback Jack,” during his high school days in Cheyenne, Wyo. Rodeo folks knew and loved LeDoux and his band, The Western Underground, long before Garth Brooks included his name in the hit song, “Much Too Young (To Feel This Damn Old).” After that, the race to acquire LeDoux’s music was on and in 2005 he was posthumously awarded the Academy of Country Music Pioneer Award. LeDoux recorded music with such top entertainers as Brooks, Bon Jovi, Toby Keith, and Charlie Daniels. In fact, Daniels treasures a hand-sculpted bronze created and giving to him by the multi-talented LeDoux.

LeDoux’s music was clear, simple, direct, straight from life and the rodeo road. Throughout his life, LeDoux was a man of word, a devoted father and a loving husband to his wife, Peggy. 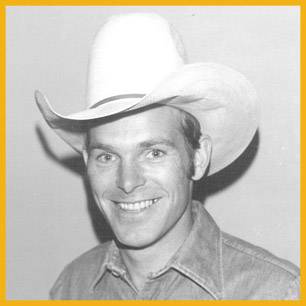