Phil Lyne, born Jan. 18, 1947, in San Antonio, was one of the few contestants to excel in every rodeo event, winning a combined five world titles in three different events. He also won aggregate titles in two events at the National Finals Rodeo. Following an amateur career that saw him win five championships and 42 saddles, Lyne broke into the professional ranks in 1969. He quickly made a name for himself in the PRCA after he was named Rookie of the Year and competed in five events – bareback riding, saddle bronc riding, bull riding, tie-down roping and steer wrestling. In 1971-72, Lyne won world titles in both the all-around and tie-down roping. He also earned aggregate titles in tie-down roping and bull riding at the 1972 NFR. He then retired from competition, but in 1990, he still had the skills to claim his last world title, this one in steer roping. 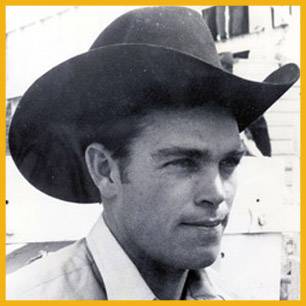