In a rodeo career that lasted 44 years, John Bowman earned the respect of his peers for a level of versatility and skill that has rarely been matched in the history of the Cowboy Sport.

Bowman was the all-around world champion in 1936, and twice won gold buckles in steer roping (1933 and 1936), becoming one of the sport’s first three-time world champions while excelling in all four timed events.

He set a tie-down roping world record of 11.0 seconds in 1927 that stood for many years and won multiple titles at the sport’s major venues. Bowman was a steer wrestling (1930) and tie-down roping (1935) champion at the Cheyenne (Wyo.) Frontier Days Rodeo and won the tie-down roping, steer roping and all-around championships at the Pendleton (Ore.) Round-Up in 1945.

He went back to just team roping and steer roping in his later years and, in 1958, Bowman headed for Ted Ashworth and they placed at 15 rodeos, including a win in the short round at California Rodeo Salinas. Ashworth won the team roping gold buckle and Bowman was third, just $188 back of his partner in the days when there was no separate world championship for headers and heelers.

He founded the Oakdale Saddle Club Rodeo in 1948 and the all-around champion each year has his name inscribed on the John Bowman Memorial Trophy. 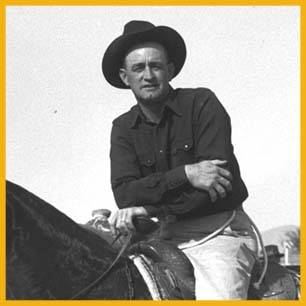