Fritz Truan, the cowboy soldier, rode the tough broncs and won the big rodeos. He started his rodeo career in the early 1930s, joining the Turtles in 1936. He won the prestigious Madison Square Garden saddle bronc riding title in 1939 and capped the year by claiming the world championship in saddle bronc riding. Truan, born Nov. 12, 1915, in Seeley, Calif., carved out a steady income in rodeo from 1939-41, averaging $400 a week in winnings. In 1940 he was crowned world all-around and saddle bronc riding champion. He went on to win the coveted Sam Jackson Trophy at the 1941 Pendleton (Ore.) Round-up. In 1942 when he loaned out his gear and enlisted in the Marine Corps, he was at the height of his career, a top hand well-liked and respected by his peers and fans. He continued to compete while in uniform, winning the Hawaiian bronc riding championship in 1944. Truan was killed in what was probably the most hotly contested area of the Iwo Jima campaign. The headlines of the day read, “Sergeant Fritz Truan, Once King of Cowboys, Killed in Iwo Action.” He died Feb. 28, 1945. 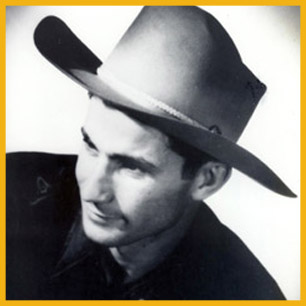