Bobby Harris always knew he was going to be a World Champion Roper. He started by becoming the youngest Professional Rodeo Cowboys Association Steer Roping Rookie of the Year in 1978 at the age of 15. His first professional title would come four years later when he won the Mountain States Circuit Champion Team Roper. He would repeat that title four times in his career.

Harris, who is a proud member of the Eastern Shoshone council, grew up on parent’s ranch 50 miles north of Gillette, Wyoming. He competed for the Campbell County High School rodeo team with his sister and brother. In 1978, Harris and his sister were the Wyoming State All-Around Cowboy and Cowgirl.

Harris’ first trip to the National Finals Rodeo was as a heeler for Scott Laramore. He would qualify for a total of 18 NFRs and 8 NFSRs over the course of his career. In 1986, Harris and partner Tee Woolman set a world team roping record at the Spanish Fork Fiesta Days, Utah, with a 3.7-second run. That record stood until 2001, when ropers Blaine Linaweaver and Jory Levy posted 3.5 seconds at San Angelo, Texas. Harris and Woolman also held the National Finals Aggregate record of 77.2 seconds on 10 head with Jake Milton and Walt Woodard from 1987-1993.

The Harris – Woolman duo continued to be a formidable set of competitors. They won the 1991 Team Roping World Championship in the tenth round of the Finals. After that the duo separated to pursue other opportunities. After the 2002 and winning his third NFR Average title with partner J.D. Yates, season, Harris decided to take a break from the rodeo circuit and took up teaching roping. His schools have produced some of the best ropers. Harris couldn’t stay away from the circuit forever, and in 2010, he qualified for his 18th National Finals Rodeo. 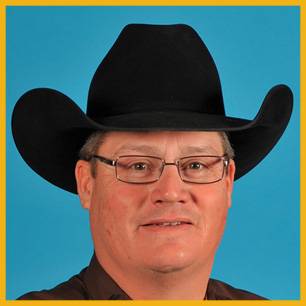 PRCA Rookie of the Year