Allen Bach fell in love with roping at an early age. In order to concentrate more on roping, he moved from Washington to Arizona in high school so that he could practice longer. In 1977, he joined the PRCA and went to the National Finals Rodeo with partner Brian Burrows in 1978.

In 1979, everything went right for Bach to win his first NFR average and world championship. Bach would make 30 appearances at the NFR. Bach became the only cowboy in the history of the Finals to rise from 15th to World Champion with his 1990 win, which was won by $500. The first year that the PRCA crowned both World Champion Header and World Champion Heeler saw Bach and partner Bobby Hurley take the top spots. The pair had placed first and second in 1993 with Bach finishing behind Hurley.

Bach has never been shy about his faith in God as being a major component of his life. In 2006, he formed Forever Cowboys to mentor the young cowboys and cowgirls in rodeo camps across the country. Bach wanted to increase the impact of cowboy values on the next generation of rodeo athletes.

Bach has also helped influence the rodeo world through the roping camps that he has been leading since his first world championship. He even took the opportunity to teach the basics 40 ropers in Israel at a two-day camp in the Golan Heights region. 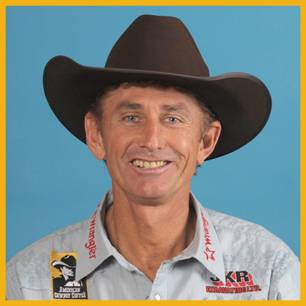