Jake Beutler, RCA card number 1320, was noted as one of the great personalities of the professional rodeo world. In 1929, he joined his brothers Elra and Lynn in creating and running the Beutler Brothers Rodeo Company. The company started when their father, John, bought ten gentle horses for his Elk City ranch. Only after he got them home did he realize they were all buckers. To make ends meet during the Depression, John leased the ten horses to the rodeo producers in Clinton, Oklahoma. The boys drove the herd over and thus Beutler Brothers was born.

Jake was particularly noted for his care of the stock, especially during the trucking and transportation part of the operation. He was often in charge of trying out the new livestock, working as a flank man, and handling chute boss duties.

In 1954, Jake and Lynn bought out their older brother Elra. They also “topped off” their stock by buying out ten other outfits. During their nearly four decades of business, Beutler Brothers took home numerous awards for their stock. Jake and Lynn sold their string to Mike Cervi in 1967. 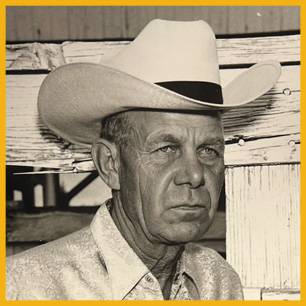