Tommy Puryear qualified for the National Finals Rodeo nine times, eight of which were consecutive, from 1971-78, and then again in 1983. The Texas bulldogger also won the world title in 1974 and the NFR average crown in 1976.

He developed his winning style of bulldogging by studying Ed Galemba, Bill Hale and ProRodeo Hall of Famer John W. Jones Sr. Encouraged and taught by his father, Thomas, and hazing partner, Leon Bauerle, Puryear joined the RCA in 1970.

Puryear seemingly came from nowhere to beat ProRodeo Hall of Famer Tom Ferguson for the 1974 World Championship. Sitting eighth in the standings at mid-season, Puryear won $5,700 at two rodeos to move within a few hundred dollars of Ferguson, and would go into the Finals that year $659 ahead of the pack. In the 10th round of the NFR, Puryear was 0.17 seconds better than Ferguson to clinch the gold buckle.

The 1974 win was Puryear’s fourth NFR trip, and he competed in 127 rodeos that year. He would be a top-money winner for eight straight years (1971-78) before a broken arm sidelined him until his return to the NFR in 1983, where he placed 14th for the season. 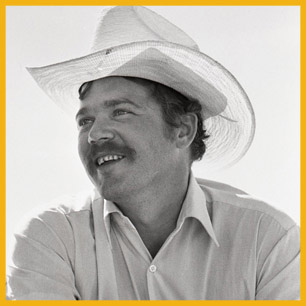