Dean Gorsuch eased into professional rodeo. The Nebraskan spent five years as a pipeline welder for Kinder Morgan and a weekend circuit contender before jumping into fulltime rodeo in 2005. That year, he finished sixth in the world. By the end of 2006, Gorsuch had a world championship and a new career.

Gorsuch, a third-generation steer wrestler, grew up in the cattle country of northwestern Nebraska. He competed in college rodeo while studying welding at Eastern Wyoming College and bought his PRCA permit in 2002. Sticking mostly to circuit rodeos, he won the Mountain States Circuit Finals Rodeo steer wrestling average in 2005 and attended his first National Circuit Finals that year.

Gorsuch suffered an injury that kept him out of the 2007 season, but he came back strong to finish second in the world in 2008. His second title came in 2010 on the back of his gray horse Pump Jack. Pump Jack came in second in the AQHA Steer Wrestling Horse of the Year race in that year.

After retiring from rodeo, Gorsuch took a job teaching welding at Eastern Wyoming College and running steer wrestling camps near his home in Gering, Neb. 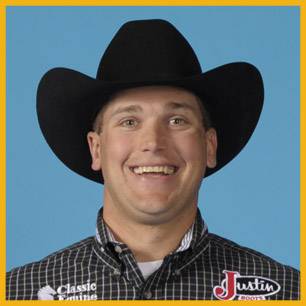