One of the PRCA’s top rodeos since its creation after World War II, the Redding Rodeo is a long-standing member of the Wrangler Million Dollar Silver Tour and the SixPac rodeo series. It also holds the distinction of hosting the inaugural Wrangler Champions Challenge event on May 18, 2013.

Known as the Shasta County Sheriff’s Posse Rodeo until a formal name change in 1983, the rodeo is held every May at the Redding Rodeo Grounds.

Redding is also a place where history was made. On May 20, 1988, Lane Frost became the first cowboy to ride the ProRodeo Hall of Fame bull Red Rock. He made the eight-second whistle during a ride that was part of the “Challenge of the Champions” event. It was a moment in PRCA history that will never be forgotten.

The Redding Rodeo contributes to the community several ways. In addition to holding a Tough Enough to Wear Pink night each year to support the local Breast Cancer Society, the rodeo also holds a Heritage Day, which takes place the Friday of rodeo week.

Heritage Day is a program in which 2,000 elementary school students visit the rodeo grounds for a behind-the-scenes visit, which includes spending time with cowboys and cowgirls and learning about the Western way of life.

Redding has also held a Special Kids Day for the past 50 years, which gives mentally and physically challenged children the chance to experience rodeo. 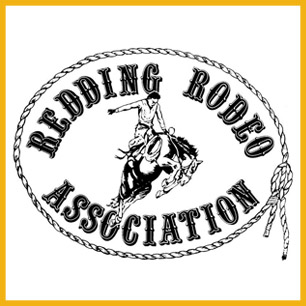