Cody, Wyoming, is often called the “Rodeo Capitol of the World.” The Cody Stampede Rodeo has attracted countless tourists to the small-town east of Yellowstone National Park entrance since 1919.

With a population of only 10,000, Cody draws 800-900 contestants per year with a payout of over $400,000. Held the 1-4 of July each year to sell-out crowds, it is traditionally one of the highest paying rodeos over the Fourth of July holiday known as Cowboy Christmas. Because contestants only compete once for a chance at the prize money, contestants can compete in other rodeos and still win big at Cody.

This large event is put on by a volunteer board of business people who dedicate themselves to the sport year-round. In a town named for William “Buffalo Bill” Cody, a sense of authentic Western lifestyle is essential to the community. The rodeo plays a central part in keeping the community’s sense of Western heritage and culture alive and well. 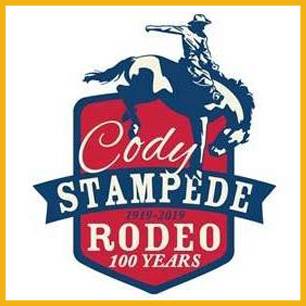