The late Hadley Barrett, a ProRodeo Hall of Fame announcer – and Corley’s father-in-law – heard Corley in North Platte, Neb., and invited him to apply for his PRCA card, which he did in 1980.

Corley has worked rodeos of all sizes – from Hill City, Kan., to San Antonio, Texas. He announced in Caldwell, Idaho, every year since 1982 and at Puyallup and Kitsap County, Wash., since 1983, and still did as of his induction in 2017. In 2005, he and daughter Amanda became the first father-daughter tandem to work the Wrangler NFR – as announcer and timer.

“This is quite an honor, and I do not take this lightly – I can tell you that,” Corley said of entering the ProRodeo Hall of Fame. “Nothing can be any better than reaching this pinnacle, other than taking care of every rodeo I work. They are all the reasons I’m in the Hall of Fame.” 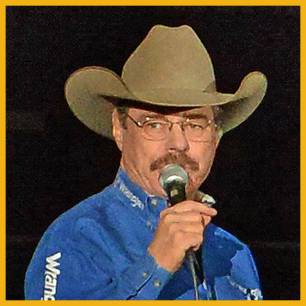