It may seem like Deb Greenough was destined for rodeo greatness. He was born into the family of the “Riding Greenoughs” and named after World Champion Deb Copenhaver. Yet, Greenough credits a three-letter word for much of his success – try. He rodeoed through college and earned his PRCA card in 1986.

“The biggest thing that comes to mind for me is this is just a true, neat, awesome feeling, and an honor,” Greenough said. “I grew up watching Bill Smith, J.C. Bonine, Donnie Gay, Larry Peabody, just tons of people. I dreamed of one day rodeoing and going up and down the road and getting to the Finals and hopefully winning a world title. That was my passion. But, something like this comes (being inducted in the ProRodeo Hall of Fame) and it is something I never even thought of as a kid. Now that it has happened, it is a thrill.” 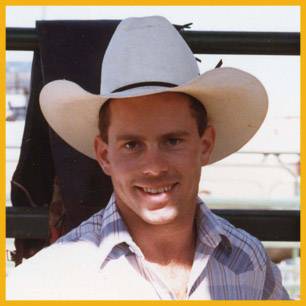