Trevor Brazile always knew that he wanted to be known as a great All-Around Cowboy. After 26 World Titles, it seems that he has accomplished that goal. Since the time he was a young boy, he had a rope in his hand. He practiced at every opportunity he could get, even roping the babysitter’s cat. In 1996, he broke into the professional ranks by winning the Steer Roping Rookie of the Year. It would take a few more years to win the elusive All-Around title, but once he did, there was no stopping him.

The 2002 All-Around title came down to the last go round. Brazile had to rope is last calf to win, and he did it with style. The next season, he out-paced his competition and easily won number two. It seemed that there was no stopping Brazile when he won number three in 2004, but in the 2005 season he was edged out by Ryan Jarrett. He learned from that loss and came back to win ten consecutive All-Around titles. During that time, he also won two triple crowns – 2007 and 2010. In 2011, he surpassed Ty Murray’s record of seven All-Around wins. In 2013, he tied Guy Allen’s record of 18 world titles by winning the Steer Roping World Championship. He surpassed that record a month later when he won his tenth All-Around title. Not missing a beat or slowing down, Brazile continued to out-perform his competition winning his last title in 2020.

Along with ProRodeo Hall of Famer Dale Smith, Brazile is the only other cowboy to qualify in four events – Tie-Down Roping, Steer Roping, Team Roping Heading, and Team Roping Heeling. Brazile is currently the only cowboy to surpass the $7 million mark in total earnings. He was inducted into the Texas Cowboy Hall of Fame in 2008 and the Texas Sports Hall of Fame 2016. His relentless dedication to the Sport of Rodeo has certainly made him the King of the Cowboys. 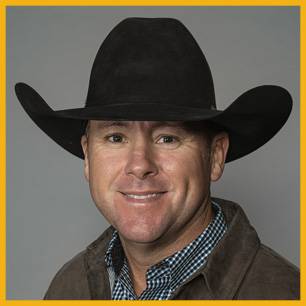