Clark McEntire, who has three world titles to his credit, has said everything he has accumulated in life has come from professional rodeo. In the early 1950s, McEntire won a car, and with $500 he had saved, he bought 40 acres of land south of Kiowa, Okla. Since then, he has parlayed that stake into 8,000 acres of grazing land and lives a comfortable life. Like most ropers, McEntire attributes much of his success to his roping horse, a brown gelding named Joe. Don McLaughlin, another world champion, said Joe was one of the best steer roping horses of all time. McEntire was born Nov. 30, 1927, in Graham, Okla. 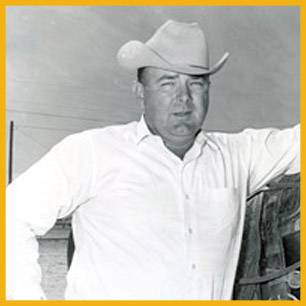