Two years later, LaJeunesse, of Morgan, Utah, held off young challenger Bobby Mote by winning three rounds and finishing second in the average at the 2001 Wrangler NFR to claim his second gold buckle with a PRCA single-season earnings record of $185,556.

LaJeunesse earned a gold medal at the 2002 Olympic Command Performance Rodeo in Farmington, Utah, and had wins at the Dodge National Circuit Finals Rodeo (Pocatello, Idaho), San Antonio Stock Show & Rodeo and the Cheyenne (Wyo.) Frontier Days before retiring in 2004 with career earnings of $662,941. 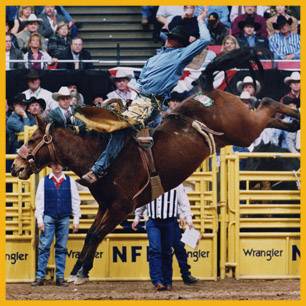