His first rodeo was in Butte, Montana at age 6 – he rode one calf and was bucked off the other. Reynolds came by his rodeo interest and ability naturally. Both his mother and father rode saddle broncs and his brothers rodeoed.

That practice paid off when Reynolds joined the pros in 1956 and went on to win the 1958 Rookie of the Year honors competing in saddle bronc, bareback, bull riding and steer wrestling. Reynolds never expresses a preference for one event. “Whichever one I’m winning the most money at is my favorite.” His best year was 1961 when he won the Association All Around title, $31,309, a saddle, a silver buckle, silver spurs and a life size fiberglass horse. He went on to win the 1966 Linderman Award given to the contestant earning the most money in a combination of three or more rough stock and timed events.

“I just like to rodeo. There are several things I guess…the people, the excitement, the challenge.” Reynolds is still meeting that challenge in senior and old timer rodeos. 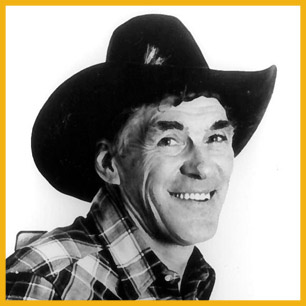