Despite a strong family rodeo tradition, John Jones, Jr., did not become interested in the sport until age 15, preferring to play football, baseball and basketball. When Jones decided to rodeo, he quickly developed winning skills. He was the California High School Rodeo Association tie-down roping and steer wrestling champion in 1977-78 and the NIRA West Coast steer wrestling champion in 1979. He competed at the NIRA finals three times. Jones bought his PRCA permit in 1980 and was named the Rookie of the Year in 1981. Jones, born Aug. 13, 1960, in Santa Maria, Calif., earned three world bulldogging titles in the 1980s, qualified for the National Finals Rodeo 10 times and won the NFR aggregate in 1988. He also qualified for the NFR twice in tie-down roping. 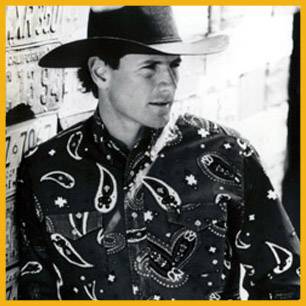