With his unconventional technique, Sonny Davis was credited with putting some “zip” into the single steer roping, which until that time was something of a perfectionist event. Davis, born Jan. 2, 1935, in Kenna, N.M., handled himself with catlike quickness and superb coordination, despite his 6-foot-3 inch, 220-pound frame. He won three world championships in five years. His 1968 championship might have been his toughest. He had to battle back from a 10-month layoff after suffering severe knee and ankle injuries when his horse fell with him. Davis passed away April 4, 1991. 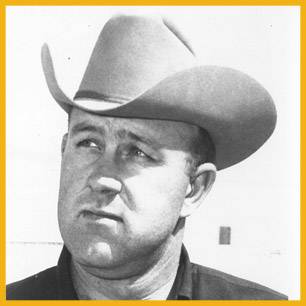