Bobby Berger’s first world championship in 1979 was won by a margin of $5 over Tom Miller of Faith, S.D. Born June 22, 1945, in Halstead, Kan., Berger competed successfully in all three roughstock events. He qualified 13 times for the National Finals Rodeo, winning aggregate titles in bull riding in 1971 and saddle bronc riding in 1980. From 1976-78, the PRCA honored two champions. The world champion was determined by most money won at the NFR and the other was a PRCA champion, based on total season earnings. In 1977, Berger won the PRCA championship in saddle bronc riding with $25,431. Berger, a former member of the PRCA Board of Directors, is thought to have been the first cowboy to ride Descent, the famous bronc of Beutler Brothers Company. 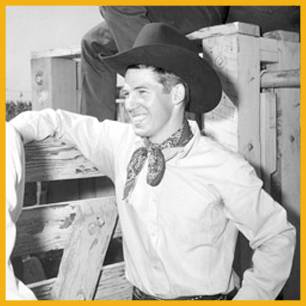