One of the most popular and iconic rodeo cowboys of his generation, five-time World Champion Saddle Bronc Rider Billy Etbauer is as much respected for his go-for-broke style and his unfailing humility as he is for the string of victories that covered parts of four decades.

The middle brother of three world-class bronc riders, Billy Etbauer qualified for the National Finals Rodeo in his second year as a professional in 1989 and went on to make the field a record 21 consecutive years, win an NFR-record 51 rounds and earn more than $1 million at that season-ending championship alone.

He set the NFR record with a 93-point ride on Kesler Championship Rodeo’s Cool Alley in 2003, then tied it a year later on a 10th-round ride on the same horse that clinched the last of his five gold buckles and made him – at 41 years, 11 months – the oldest roughstock world champion in rodeo history.

Etbauer followed Trevor Brazile as the second cowboy to surpass $3 million in career earnings and was the first to reach that figure in a single event, finishing with $3,015,377 in total earnings. His five saddle bronc riding world championships is just one short of the event record shared by Casey Tibbs and Dan Mortensen. 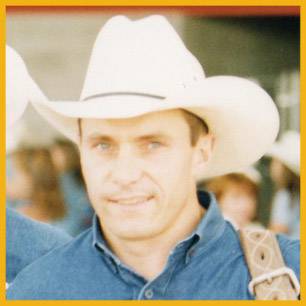