In the span of 12 years, Harry Tompkins won five bull riding world titles, as well as one in bareback riding and two in the all around. According to various accounts, Tompkins needed the 12-year span because he hit a dry spell from 1952-60 where world championships were concerned, although he made a good living from rodeo during that time. Tompkins was born Oct. 5, 1927, in Furnace Woods, N.Y., as well as raised in the up-state New York town.  He got his start in professional rodeo at Madison Square Garden. One of the original hard-chargers in professional rodeo, he flew his own plane and made 75 or more rodeos on an average per year, which was a grueling schedule at that time. He won his first championship at 21 years of age. 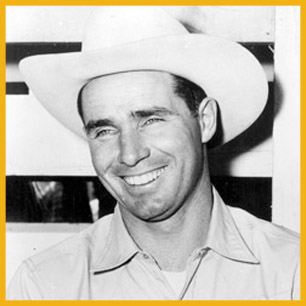