Tom Ferguson’s record and accomplishments set high standards for the ProRodeo cowboys who have followed in his footsteps. The Oklahoma native was the first cowboy to win more than $100,000 in a single season, to earn $1 million in career earnings and to capture six consecutive all-around world titles. He also finished in the Top 15 in the world in two events for eight years. Ferguson, who competed in all of the timed events, is best known as a tie-down roper and steer wrestler. Called rodeo’s best two-event man, Ferguson believed the keys to being the world’s number-one cowboy were constant practice and good horses. For two decades, he showed the rodeo world what was possible with that belief. Born Dec. 20, 1950, in Tahlequah, Okla., Ferguson’s road to rodeo’s elite began when he earned California’s tie-down roping championship in 1969.  He competed in collegiate rodeo for Cal Poly San Luis Obispo. He won the National Intercollegiate Rodeo Association tie-down roping title in 1970 and the all-around title in 1971-72, while fulfilling his PRCA permit requirements to enter the professional ranks. 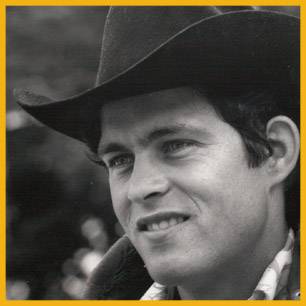