In 1985 Lewis Feild earned his first all-around world title, the first roughstock cowboy to do so since Larry Mahan in 1973. A PRCA member since 1980, Feild won three straight world all-around titles, as well as two world bareback riding crowns. In 1990, he became the first roughstock contestant to earn $1 million in career earnings. Because of his prowess in both the roughstock and timed events, he won the distinguished Linderman Award three times, 1981, 1988 and 1991. He also was PRCA Rookie of the Year in 1980. Born Oct. 28, 1956, the Utah cowboy started his rodeo career as a youngster. He competed in the National High School Rodeo Association, qualifying for the Finals three times. Feild attended Utah Valley State College in Orem, Utah, on a full rodeo scholarship and qualified for the National Intercollegiate Finals three years in saddle bronc riding, bareback riding and team roping. Since retiring from competitive rodeo in 1991, Feild is working as a pickup man, as well as coaching the rodeo team for his alma mater, Utah Valley State. He once said, “Someday, when rodeo people look back at what I’ve done, I’d like them to say these things: that I rode tough; that I could ride with pain and courage; that I was a fierce competitor in the arena, but a quiet, respectable man outside the gate. I just want to be remembered as a cowboy. That probably says it all.” 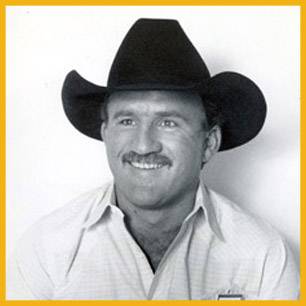