Dee Pickett, born Sept. 8, 1955, in San Diego, Calif., discovered rodeo when he was 7 years old and his family moved to Idaho.  Although he had the opportunity to tryout for two professional football teams after his standout football career as a quarterback at Boise State University, Pickett followed his love of rodeo and went on to win two world titles in 1984, the all-around and team roping. Pickett credits his uncle with teaching him the finer points of roping. His success in the rodeo arena began with the PRCA Resistol Rookie of the Year title in 1978, the year he joined the association and his first year to qualify for the National Finals Rodeo. He went on to qualify for another 19 NFRs. A shattered wrist resulting from a freak accident in 1981 cost Pickett the all-around world title. Even though the injury hindered his performance, Pickett never considered quitting rodeo. In 1984 it all came together with partner Mike Beers. In 1984, Pickett set an NFR record of $30,677, season earnings of more than $122,000, a tie-down roping aggregate crown and two world titles. Pickett is considered one of ProRodeo’s best athletes ever. 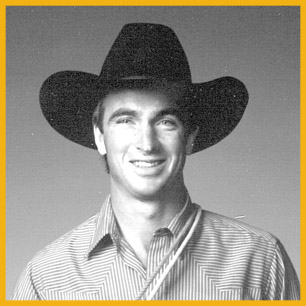